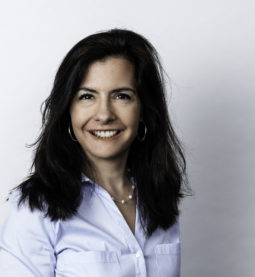 Rachel is responsible for the technological vision and strategy of Omina Technologies. During her physics studies at Indiana University she became fascinated by the world of artificial intelligence and machine learning. Rachel has lived and worked in Belgium for the past twenty years devoting herself to helping companies navigate new technological advances and incorporating them seamlessly into their strategy. Before founding Omina Technologies Rachel worked as Global IT Director at Studio100 and in the management of CSC. 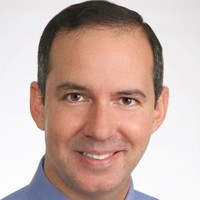 Brian is responsible for the strategy and management of Omina Technologies US. He has a B.S. Mech. Eng. and a J.D. Brian has spent the last 25 years working with technology companies and new technologies in capacities ranging from legal advisor to executive to investor. While working in private law practice, Brian represented technology organizations in intellectual property, regulatory and litigation matters. Brian also has advised technology, financial services, energy/utilities and healthcare companies regarding corporate risk and compliance. Prior to joining Omina, Brian worked for C2C with responsibilities including internal legal advisory, corporate strategy and software development, as well as client management on numerous projects covering diverse risk/compliance matters such as information/cybersecurity and data privacy. 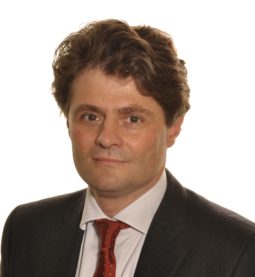 Arnaud studied Electrical & Electronics Engineering at the University of Brussels (ULB-1992), and also has a Master's degree in Avionics from sup'Aero in Toulouse(1994). After graduating, Arnaud worked for several years in the Space & Defense industry at Alcatel Bell. He then went to work as a management consultant by Roland Berger. Since 2001, he has worked as a freelance management consultant in the ICT sector, occupying various positions ranging from financial consultant to CTO. Arnaud has been eagerly studying about Artificial Intelligence since 2013 and is particularly keen on its public policy, ethical and societal aspects. He's a member of the European AI Alliance and has participated to several studies and reviewed papers on the impact of AI on society. When he's not working, Arnaud can often be found jogging or wheeling somewhere in Brussels. 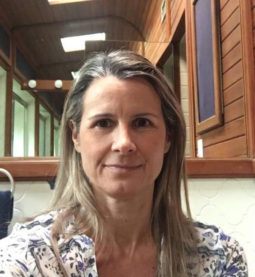 Lynn is responsible for business development and expanding Omina Technologies in the US. After graduating from the University of Miami she has worked for more than twenty years in the US and has built up an extensive network in executive management roles. Lynn's vast experience and network will help make Omina Technologies a world player. 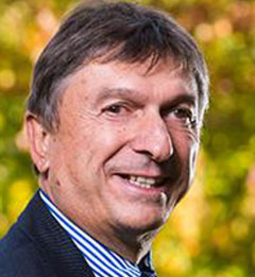 After his studies, he joined ExxonMobil Chemical. In more than 20 years, Freddy held various management positions in IT and business. He worked in Belgium, France, the European and the US headquarters. In September 2000, Freddy joined the Agfa-Gevaert group at their headquarters in Mortsel, Belgium as Vice President and Chief Information Officer for the Global Shared Services of "Agfa ICS" (Information and Communication Services) and held that position until his retirement in 2016. Freddy was Board member of ADM, a Business/IT network in Belgium. In 2009, he became Chairman of the Board of CIOforum Belgian Business until his retirement in 2016 and in 2014 he became Chairman of the Board of the European CIO Association (EuroCIO). 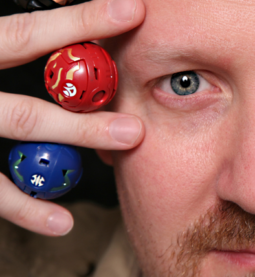 Luke Peterschmidt has been a professional in the gaming industry for the last 24 years as a game designer, brand manager, executive, company founder, fortune 500 consultant and paid speaker. He currently services his clients through his consulting firm Geek Dynasty, produces crowdfunded gaming product as a co-owner of Fun to 11, and is a professor of Critical Game Analysis at a Harrisburg University in central PA. He's best known for his work on the massive hit Bakugan, and selling his company Sabertooth Games to Games Workshop (GAW:LON) earning his investors a 500% ROI in 18 months. 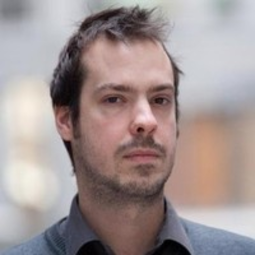 Johan Loeckx started as a micropreneur when he was 16, designing and selling software for lawyer's offices (1996). He received a MSc. in Electronic Engineering (2003), a MSc. in AI (2004) and a PhD entitled "Methods for Simulating and Analysing the Effects of EMC on Integrated Circuits" in 2010 from KU Leuven, Belgium. He co-designed the encryption system for securely exchanging patient information in the Belgian healthcare sector, for which a patent was filed by the Belgian government. In 2012, he was one of the co-founders of the second Flemish Freinet school in Brussels. He is an active musician. Johan is currently associate professor and lab manager at the Artificial Intelligence Lab at the Vrije Universiteit Brussels, Belgium, responsible for the R&D strategy and business development.