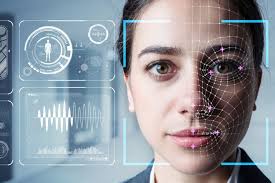 Historically, humans have made decisions that are biased against women:

When decision making is (partially) automated by AI, it is trained on these historically biased data and hence, it is likely to perpetuate this gender discrimination. This is known as data bias and is one of the main sources of bias in AI.

Use of gender in insurance underwriting and pricing: In Europe, it was possible to use gender as a rating factor in insurance pricing and underwriting until prohibited by the Test-Achats ruling of the European Court of Justice (Judgement of the European Court of Justice, 1 March 2011, Test-Achats, Case C-236/09), even if there is a correlation between gender and risk in certain lines of business.

Women are less likely to be refered to cardiologist: Although the same proportion of women and men present with chest pain, men are 2·5 times more likely
to be referred to a cardiologist for management than women.

Voice assistents such as Amazon’s Alexa and Apple Siri are gender biased: voice assistents have by default female names, female voices and often a submissive or even flirtatious style. The main cause is the lack of gender diversity of the development team, resulting in a reinforcement of gender stereotypes.

Amazon sexist recruitment tool: Amazon scrapped their AI-enabled recruitment tool because it favored men over women for technical jobs. The algorithm had been trained on resumes and patterns from mostly male job applicants over the last 10 years.

Facebook job ads scandal: a study has shown that Facebook’s job ads delivery system is biased against women. Facebook users may be seeing different job ads depending on their gender as the company’s ad-delivery algorithms can direct ads to a particular gender “beyond what can be legally justified” by differences in job qualifications, a new study has found.

Most commericial facial-recognition software is gender biased: In 2018 Buolamwini showed that commercial facial-recognition software had gender bias and racial bias. Examination of facial-analysis software showed an error rate of 0.8 percent for light-skinned men, 34.7 percent for dark-skinned women. When she wore a white mask, all at the sudden the facial-analysis software did recognize her.

What are the causes of sex discrimination by AI?

AI-supported decision making might cause sex discrimination if the AI solution is gender biased. Some sources of gender bias are:

How can we avoid sex discrimination in AI-augmented decisions?

Ethical AI by design implements different actions along the AI workflow to detect/mitigate bias that might lead to discriminating decisions:

At Omina Technologies, we have non-discrimination as one of our core values. Bias detection and bias mitigation are standard in any trustworthy AI consultancy project we do and in any AI solution you create with our Justifai Platform. We implement ethical AI by design.

The U.S. Embassy Brussels and the U.S. Commercial Service hosted a matchmaking and send-off reception for b...

Meet Omina Technologies at the Belgia...

Trustworthy AI in Healthcare at AI4Yo...

Learn how AI can perpetuate gender inequality and how to leverage trustworthy AI reduce potential discrimin...